Like metallurgy, mining has always been one of the industries most frequently represented in drawings and paintings. During the 20th century, the production of images of mining developed considerably thanks to the technical progress made in photography.

Since 1992, the Mining History Centre has held all of the images gathered together and produced by the Public Relations department of the Nord-Pas de Calais nationalised mining company. The collection is significant in terms of diversity (eras, themes and media), volume (more than 500,000 documents) and the aesthetic quality of the images.

The photographers, who were initially commissioned independent professionals, later worked directly for the nationalised mining company. They built up an inestimable collection of images of the company over more than a century

Some examples of these photographs can be viewed online : 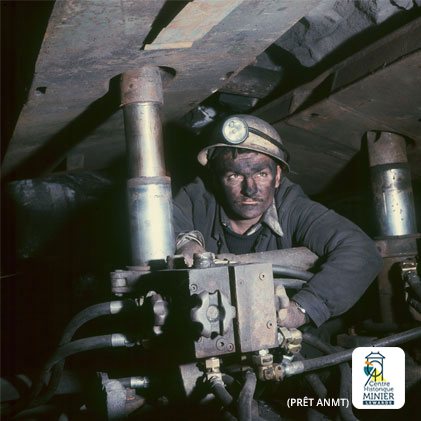 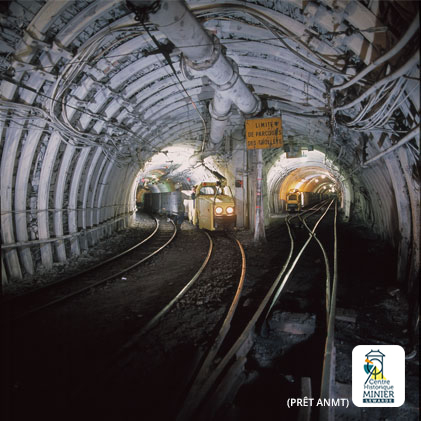 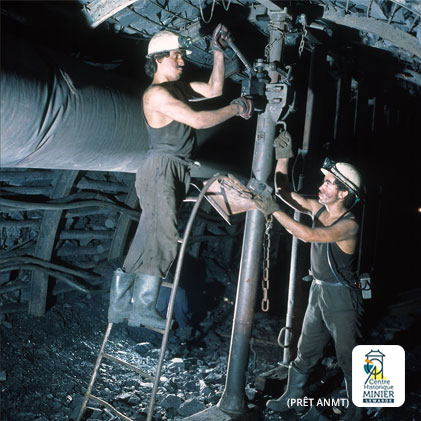 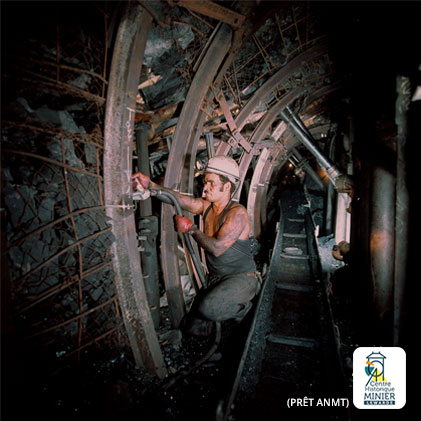 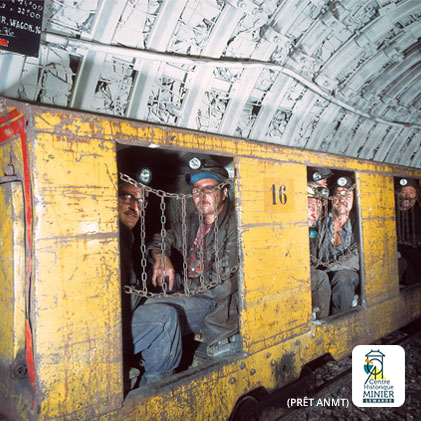 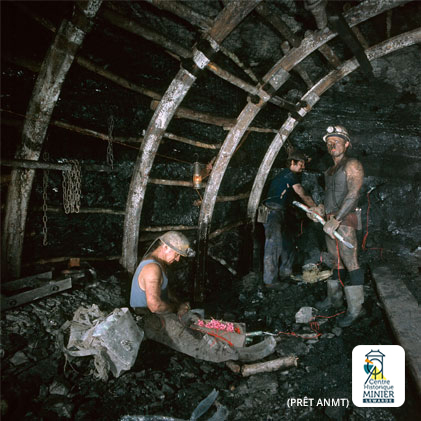 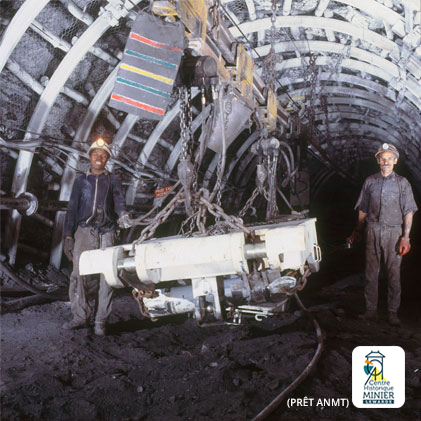 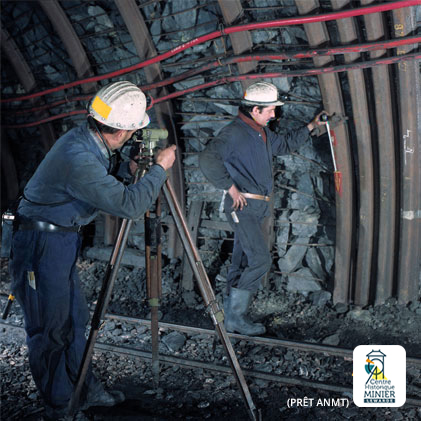 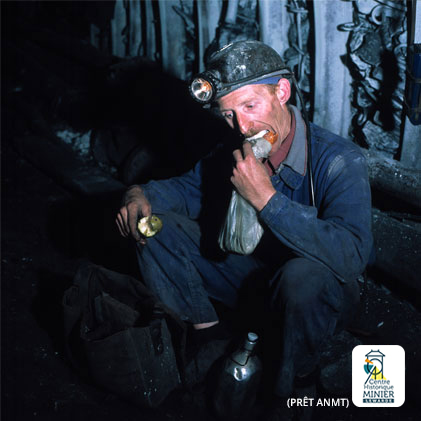 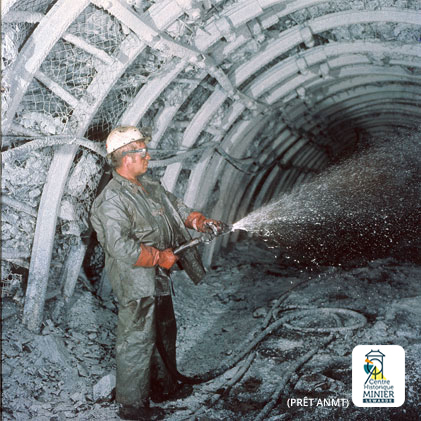 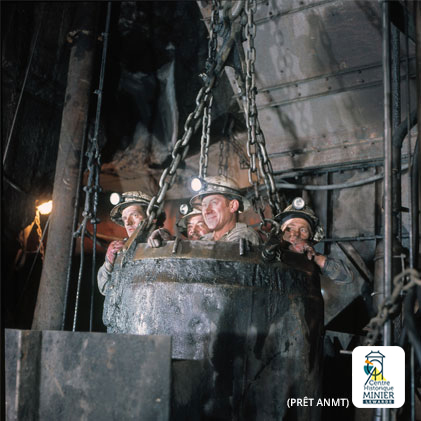 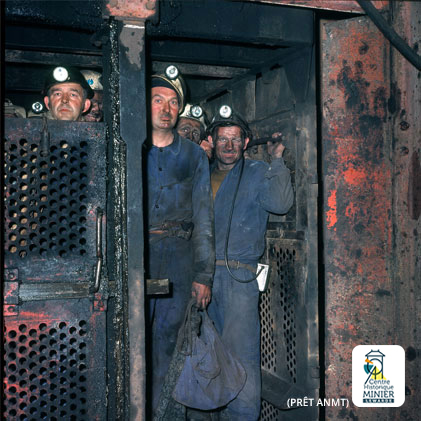 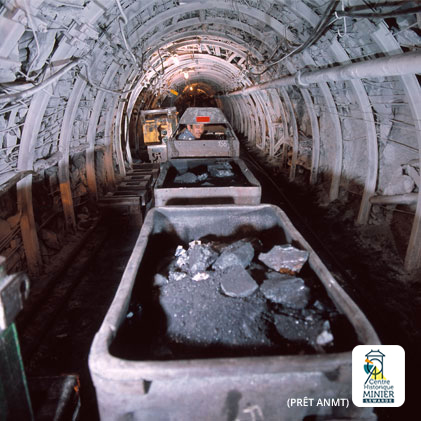 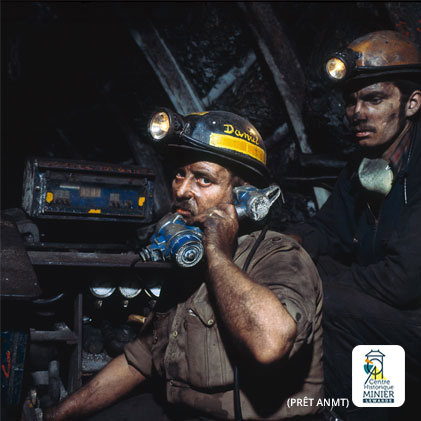 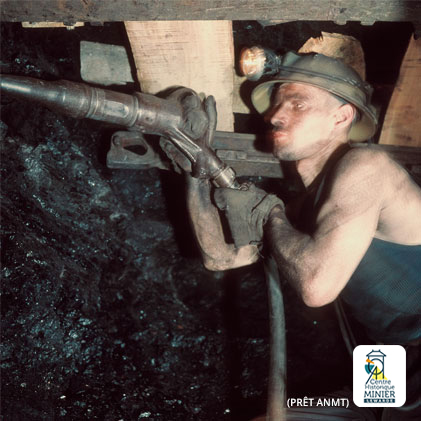 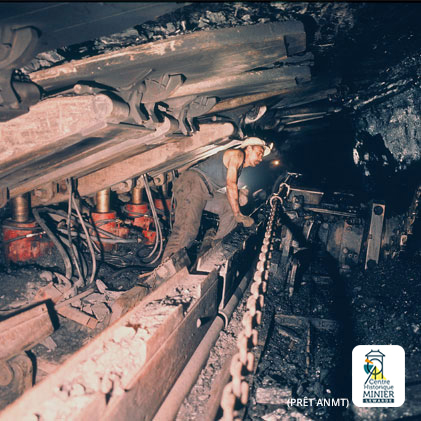 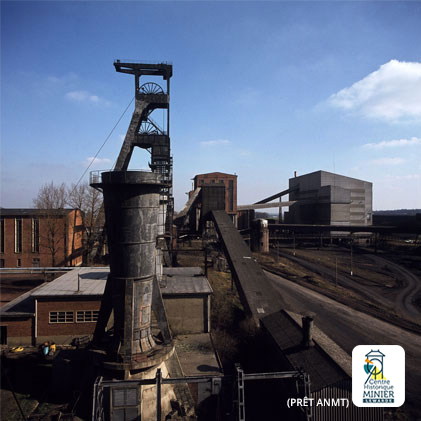 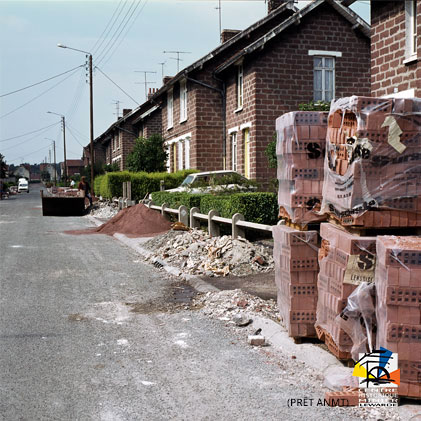 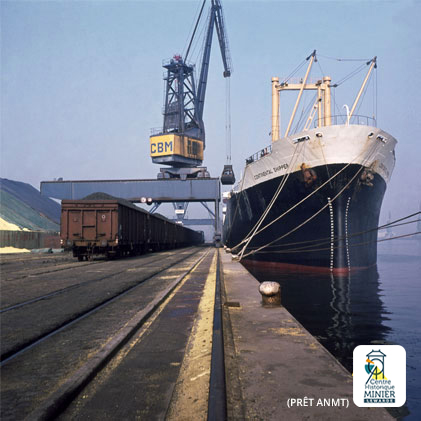 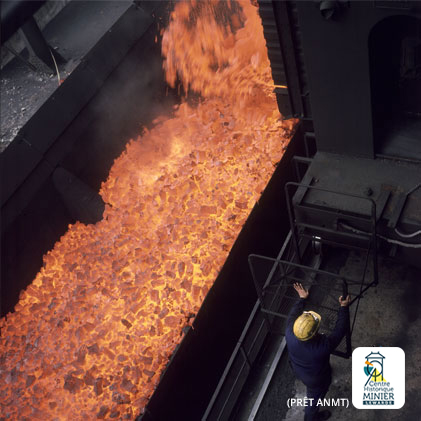 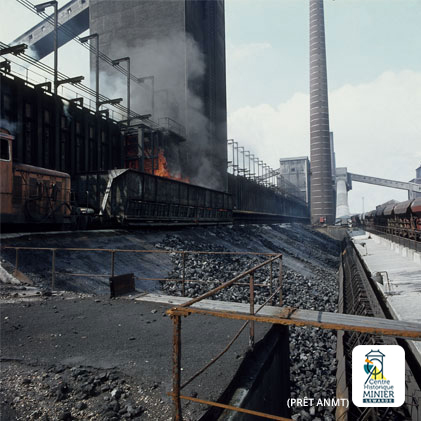 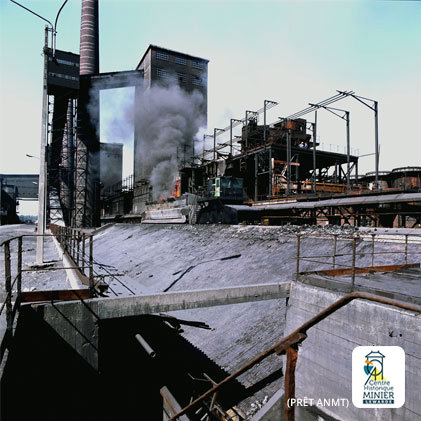 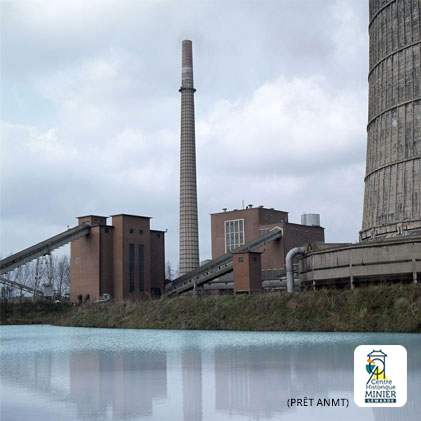 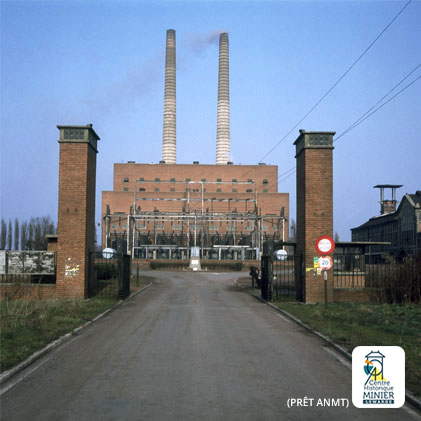 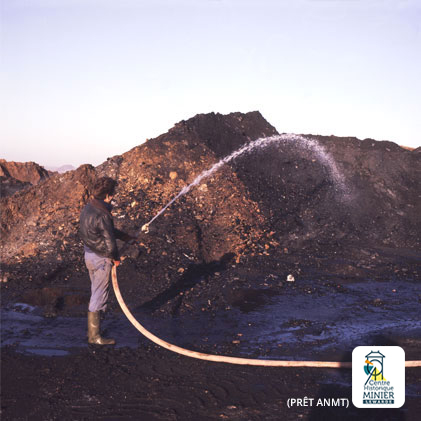 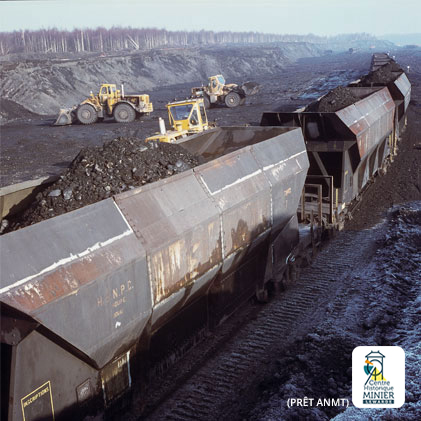 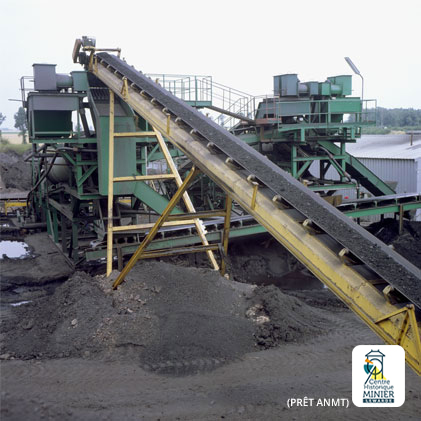 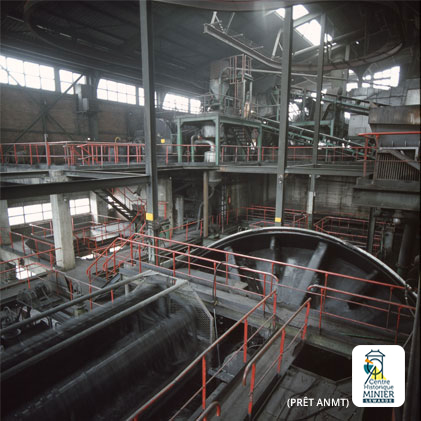 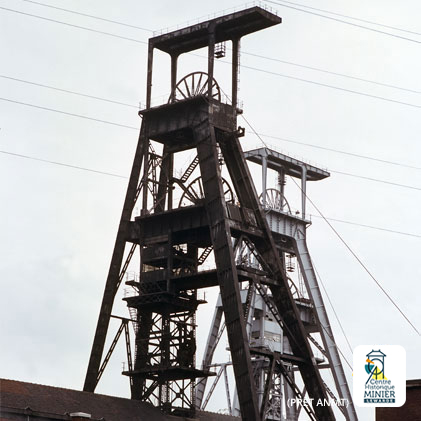 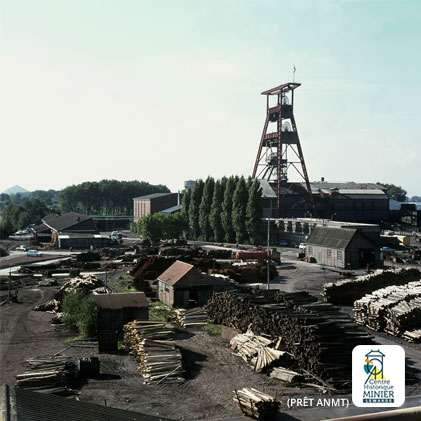 Further information on the image collection :

This photographic collection, which represents three quarters of the known images of mining in France, covers all subjects related to the world of the mines. The images are capable of illustrating not only the technical aspects of mining and the coal processing industries but also the mining towns and leisure activities specific to the Nord-Pas de Calais coalfield nationalised mining company. The oldest negatives date from the late 19th century, and the most recent were taken in the early 1980s.

The photographic collections include some 50 albums, commissioned initially by the private mining companies and later by the nationalised mining company. They were created as archive records, but their primary purpose was for advertising.

The Mining History Centre holds more than 2,500 postcards, the dates of which range from the early 20th century to the 1970s, including series entitled “In the black country”, “Mines and Miners” and “Courrières”. In addition to images of mining locations, mining towns and people at work, they also offer us written evidence of the miners’ daily lives.

Two important acquisitions have been added to the initial collection: the Quiquempois collection and the Andrejak collections, containing 745 and 1,073 cards respectively

More than one hundred files of images made up of black and white or colour photographs have been donated by individuals or obtained from the Public Relations department.
The images are classified by theme (extraction site, work below and above ground, history of the coalfield, Polish emigration, strikes, the closure of the head office and the fall of the headframe, vocational training, mining towns and social and cultural activities) and by mining company and mining group. The images span the entire coalfield and the period from the beginning of the 20th century to the present day.

Glass plates from the Lens mine

This collection comes from the Lens mining company. It contains more than 6,500 glass plates, both positive and negative, in various formats. The collection was put together only recently, and the elements are currently being listed and identified. It includes, for example, images from mining sites in the Lens region before, during and after the First World War, showing the damage caused by the conflict and the reconstruction work, as well as images of newly-recruited miners; men, women and children.

The photo library includes the majority of the black and white photographs used to illustrate the Lens-Liévin company newsletter entitled “Notre mine, nuit et jour” (Our mine, night and day) from 1950 to the early 1970s.
The collection is made up of a set of contact plates and negatives on the group’s industrial and social activities (holiday camp, domestic science school, sport and leisure), retirement celebrations and visits from celebrities.

The collection of black and white prints is made up of a number of smaller collections, only a few of which have been able to be classified. It includes an extensive series of aerial views taken by private operators between the 1930s and the 1980s, reports from various groups in the coalfield, openings of head offices or commercial exhibitions and photographs of staff used to illustrate group newsletters.

From the mid-1960s, the Public Relations department’s photographers began to use colour film, although they also continued to take black and white photographs. Their images were used in publications produced by various subsidiaries of the nationalised mining company, publicity leaflets, panels on stands at commercial exhibitions and group newsletters including “Relais”.

The colour image collection offers a panorama of activities in the coalfield up to the 1980s, and covers in particular the modernisation and later the closure of mining sites and the renovation of mining towns.